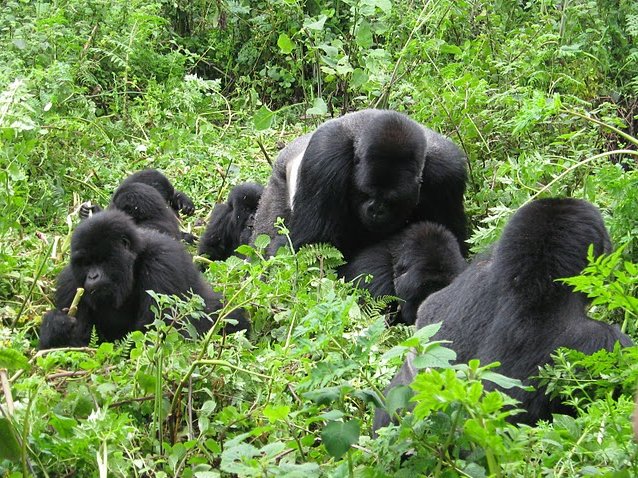 The park was created in 1991 to protect the last still living mountain gorillas in Africa. Approximately 440 gorillas live in dense mountain and rain forests according to the 2011 gorilla census. A total of 14 habituated gorilla families found in Bwindi Impenetrable National Park. Each gorilla group is visited by a maximum of 8 people per day. The behavior of the gentle giants is very reminiscent of the people. The park is located in the southwestern part of the country, also inhabits over 300 bird species. Apart from gorilla trekking and birding, the park offer community excursions, Batwa experience (stay with pygmies), mountain biking, and forest walk among others. A range of accommodation options available, ranging from budget campsites and tented camps to deluxe and luxury lodge s/ camps. 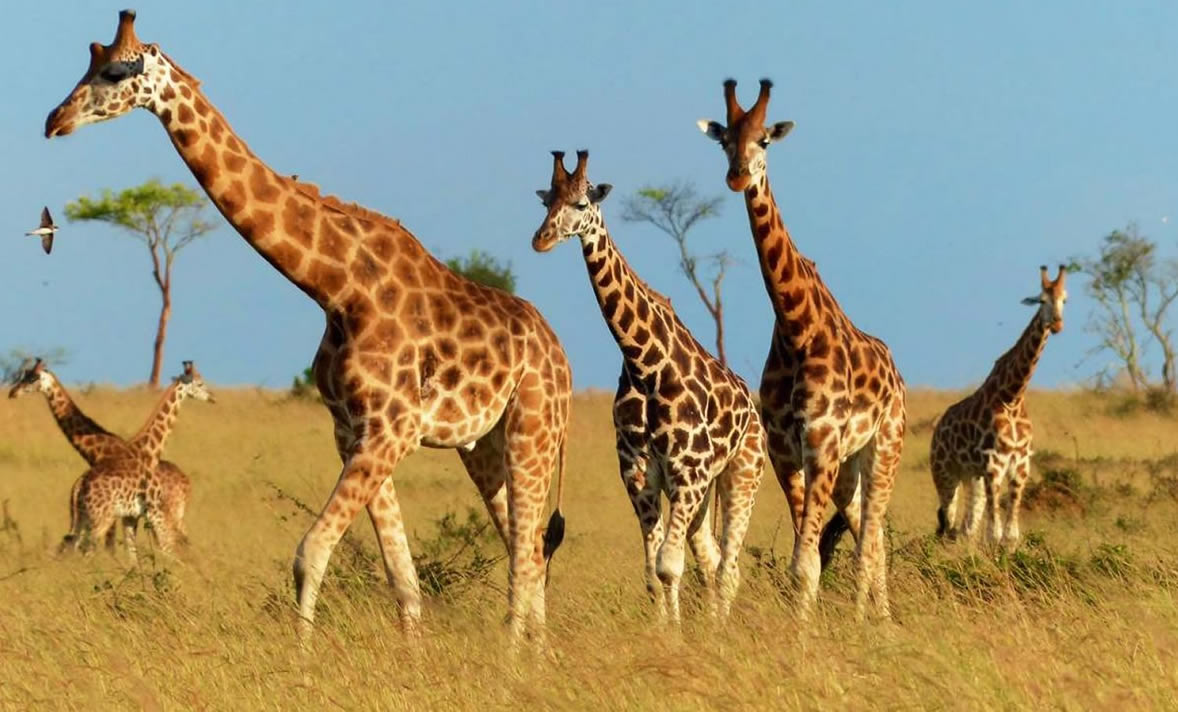 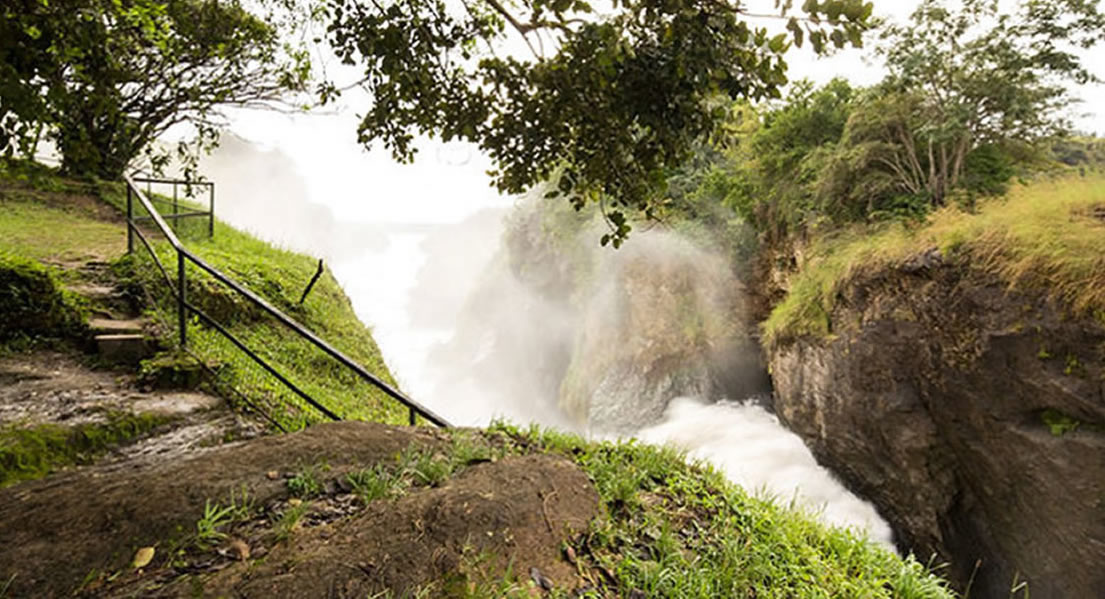 The Murchison Falls National Park in the north-east of Uganda covers almost 4,000 square kilometers. The special feature of the park is that it was named after the Magnificent Murchison falls that cuts the park into 2 parts. The Nile flows through a 7m wide ravine and then falls 43 m into the depth with a thundering sound. In addition to fantastic Game Drives, there are also boat trips on the Nile where you can observe the animals on the banks of the river while cruising on the water. In addition to elephants, buffaloes, lions, and leopards, the Murchison Falls National Park is particularly known for its Rothschild’s giraffe. The boat cruise takes you up to the bottom of the falls, from here, you can enjoy a fantastic hike to the top of the falls, rewarding you with fantastic views of the River/falls.

The Queen Elizabeth National Park was founded in 1952 and has its name since the visit of the English Queen in 1954. The Ishasha part of the national park is famous for its tree-climbing lions. But also in the other parts of the park are lions, leopards, elephants, buffalo, Uganda Kobs, and Topis, to mention but a few. On boat cruise on the Kazinga channel, you can observe thousands of hippos, huge Nile crocodiles, and many other animals drinking water on the shores. The park is famous for community walks, game drives, boat cruise, bird watching, and nature walk through the park. 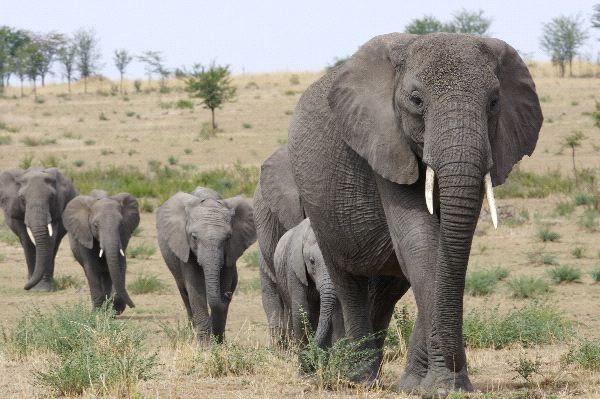 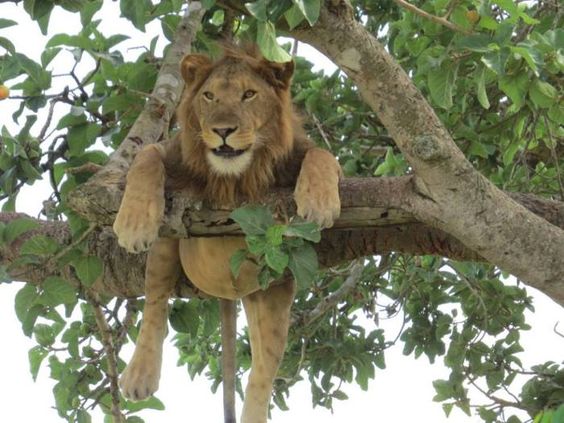 Kibale National Park inhabits about 13 primate species, the highest concentration in Uganda / Africa. The biggest attraction is the chimpanzee groups accustomed by researchers to humans. In addition to the chimpanzees, you can also see Guerezas, Red Colobus monkeys, Bushbabies, Grey Cheeked Mangabeys, Olive Baboons, Vervets, and many others. The forest also inhabits mammals such as Forest Elephants and Buffaloes as well as over 350 bird species. 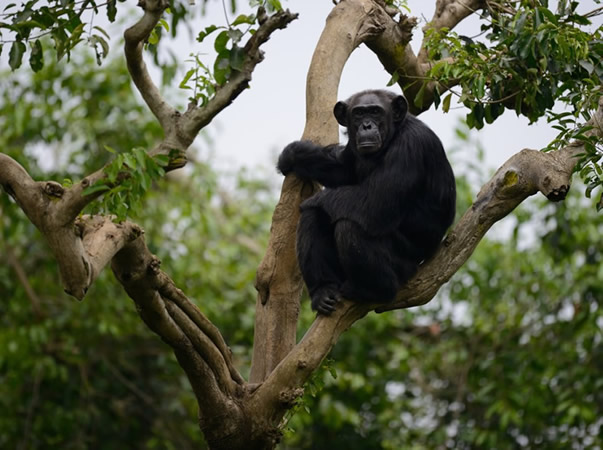 Jinja is located on the shore of Lake Victoria, directly at the source of the White Nile. The city of Jinja is famous for its rafting trips on the mighty river, bungee jumping, quad biking, Back horse riding, etc.

For guests who want to relax after a safari, a multi-day stay in Entebbe on the shores of Lake Victoria is recommended. There are luxurious hotels where you can have a look at safari experiences. You can also visit Ssese Islands and enjoy the beautiful sandy beaches and wonderful scenery. 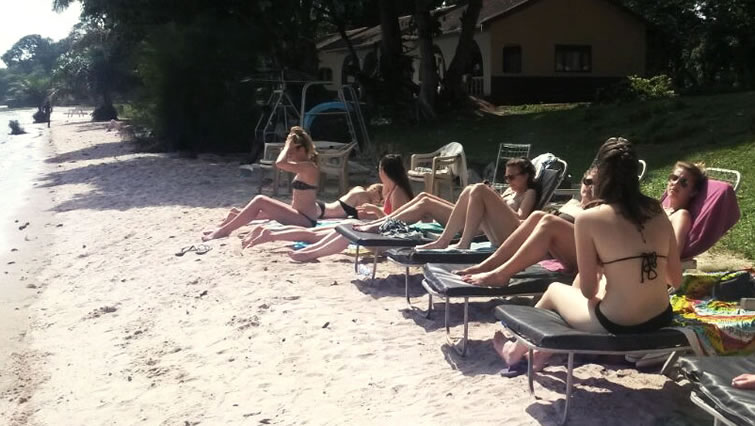 As in every country in East Africa, the great rainy season of the end of March to the beginning of June also prevails in Uganda. Safari lovers should avoid these months, as many roads become soft and sometimes impassable. Visitors who are only interested in gorilla tracking can do so all year round. The slopes of the Bwindi Impenetrable Forest receive rain all year round, which means that in this region rain can be expected at any time of the year.

Book a 4×4 Toyota Land Cruiser Prado with rooftop tent, it comes with a full set of camping equipemnt. its available at 95$ per day