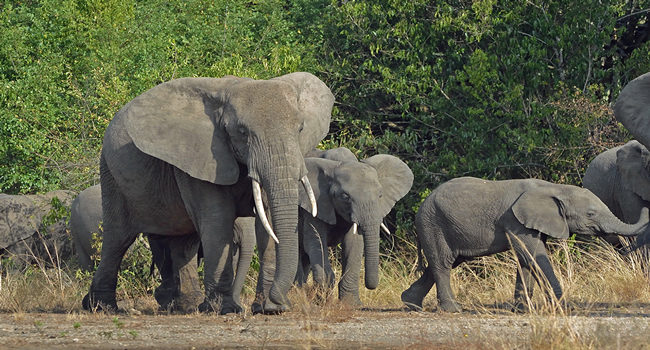 This 1978 square kilometer national park, is one of the most visited and loved national parks in the country. It extends southwestwards to Lake Edward and to northeastwards to Lake Albert and these two lakes are joined by a Kazinga Channel the main feature in the park where you can spot different animals coming to drink water and different water-loving birds.

The park is mostly known for its several volcanic features, for example, deep crater, volcanic cones, and different crater lakes like the Katwe Crater Lake where salt mining takes place in Uganda. 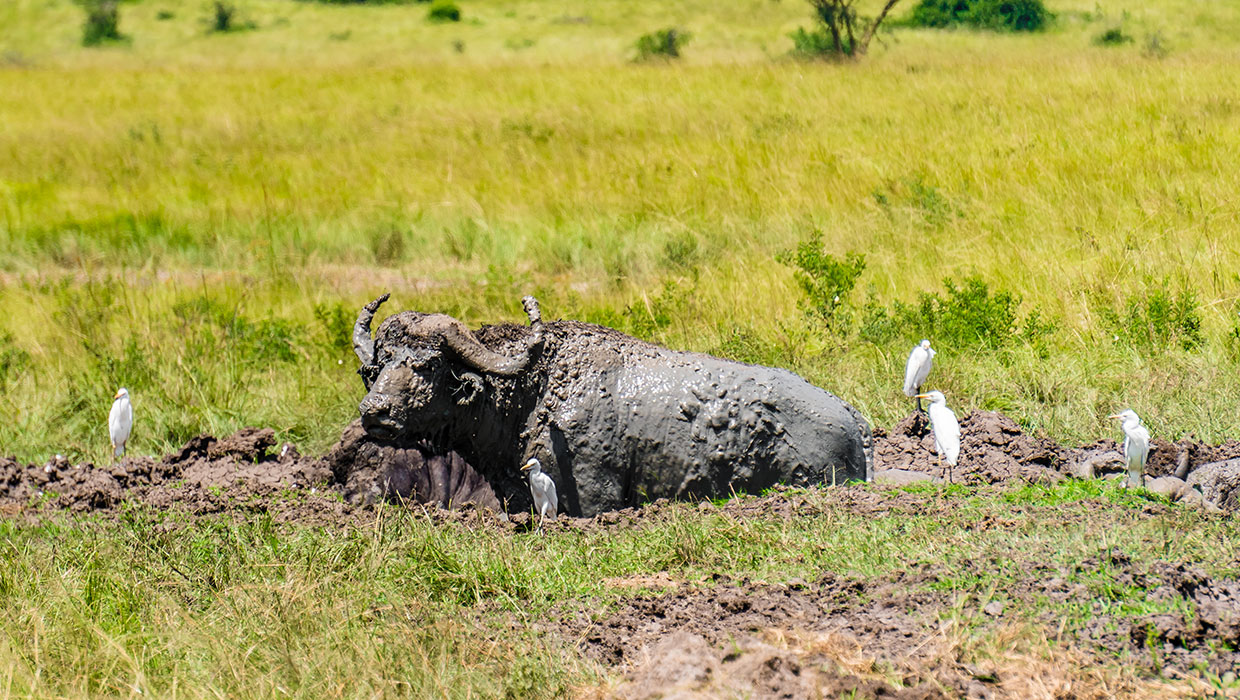 The diverse ecosystem in Queen Elizabeth National Park makes it a perfect home to different animals, for example, the park is home to over 96 different species, 10 primates species including chimpanzees, over 600 species of birds, and many more classic big games.

In the southern part of the park, there is the famous Ishasha Sector the home to the tree-climbing lions.
Climbing lions is the main attraction in this sector, it said that they lions climb acacia trees after having a heavy meal and climb the trees to have a rest and even some time to climb to keep away from the ground which always has lot insects which disturb them when they are resting. It’s also believed that these lions sometimes climb trees to watch their prey.

Visiting Queen Elizabeth National Park will never be boring because of the variety of tourist activities you enjoy in the park and some of them are the listed below; 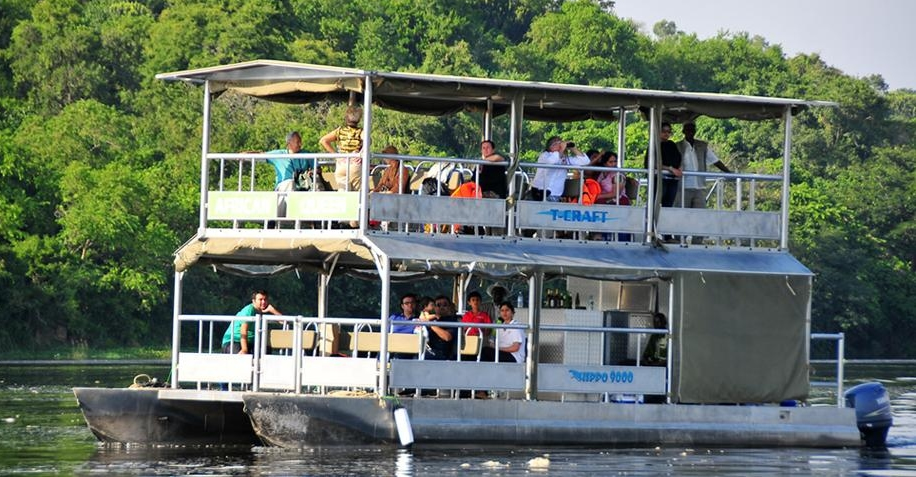 Kazinga Channel is a 32-kilometer natural channel connecting Lake Albert and Lake George found in Queen Elizabeth national park. The channel is one of the dominant features found in the park and it attracts a variety of animals and birds to come to drink water in the channel and its believed to have the largest concentration of hippos and a variety of crocodiles.

Game Drive in the park 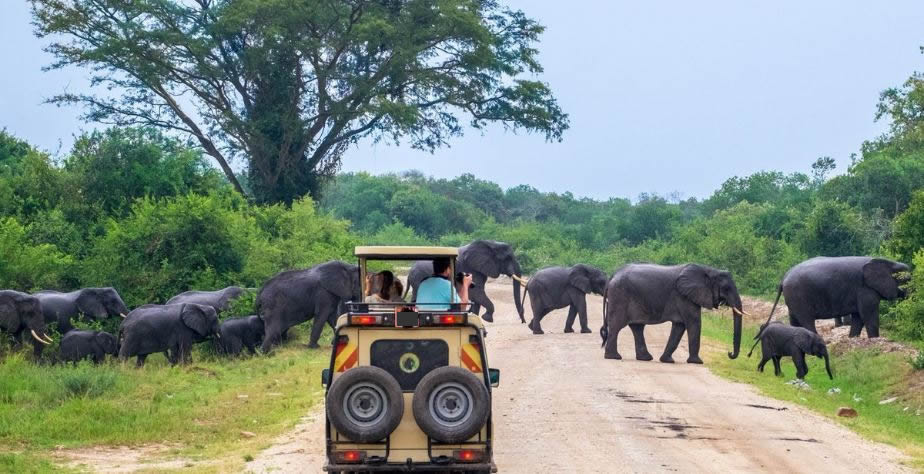 Game drive in Queen Elizabeth National Park always takes place in Kisenyi and the northern Kazinga plain. It’s advisable that you do a game drive in the morning and afternoon and hiring a ranger guide to guide you through the game drive increases your chances of spotting lions and even leopards. The game drive along the southern part of the park to the Ishasha Sector offers an amazing chance to spot tree-climbing lions. 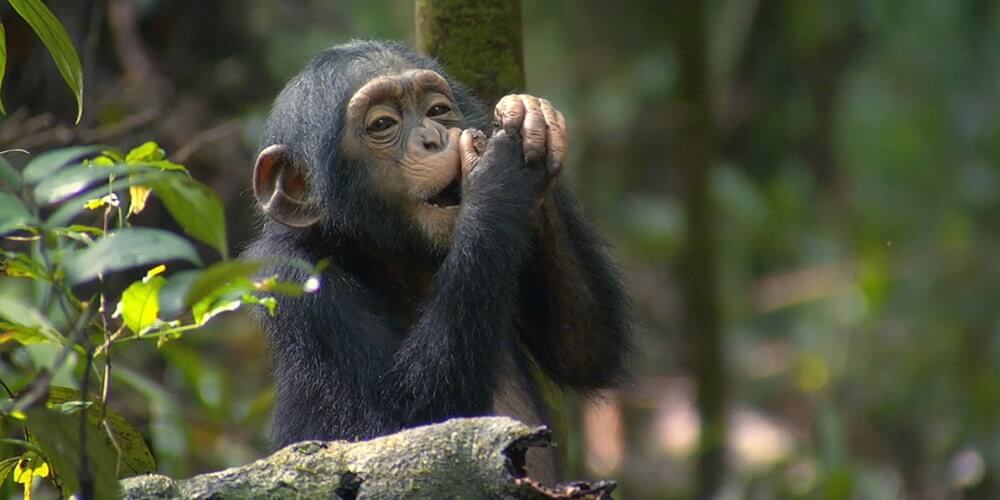 Chimpanzee tracking in Queen Elizabeth National park is always done in Kyambula Gorge and it’s believed to be the best way to explore Chimpanzees in their natural habit. Although the sighting of chimpanzees is not guaranteed, this experience offers a chance to see different animals in the park, like different birds, monkeys, and others.

The park is home to over 600 different species of birds, this makes it an important birding destination, and its believed to be a perfect destination for bird lovers.

The 3 Day wildlife to Queen Elizabeth National Park offers a chance for tourists to explore all the attractions in the park.

The 4 Day wildlife to Queen Elizabeth National Park takes you to explore all the wildlife and chimpanzee in Kyambura Gorge.

Book a 4×4 Toyota Land Cruiser Prado with rooftop tent, it comes with a full set of camping equipemnt. its available at 95$ per day