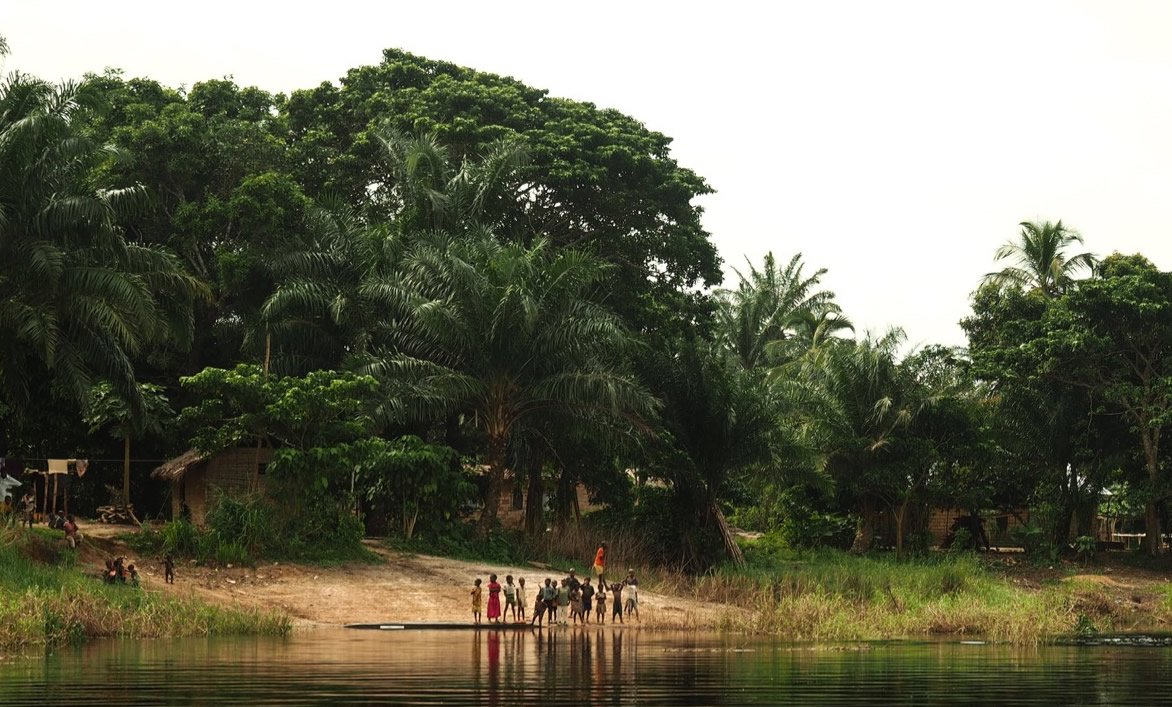 When you ask any tourists what they know about the Democratic Republic of Congo, many will tell you about the Virunga and Kahuzi-Biega National Parks as well as Nyiragongo Volcano and Okapi Wildlife Reserve but there is more to this Central African country than meets the eye. Tourists to this destination can be treated to numerous unexplored destinations than the usual places everyone knows.

The landscape of Lac Tumba extends for about 126,440 square kilometers (12,644,000 hectares) and is shared by the Democratic Republic of Congo and the Republic of Congo (Congo Brazzaville). This site is particularly characterized by marshlands and seasonally flooded forests as well as meadows and is a haven to some of the largest Ramsar freshwater wetlands of International Importance.

The forest cover of Lac Tumba is so far the World’s largest swamp forest and also the second-largest wetland area on Earth but over 57% of this area lies within the Democratic Republic of Congo side with three spectacular Protected Areas that include the Mabali Scientific Reserve, Ngili Triangle Nature Reserve, and Tumba-Lediima Nature Reserve.

Due to its endowments, Lac Tumba is very beneficial to over 2 million people who depend on the area for water, swamps, and forests but the area also plays a significant role in controlling climate change on top of providing a source of Hydropower to the surrounding communities.

Flora and Fauna within Lac Tumba
The landscape of the Lac Tumba is characterized by different habitats that include Tropical rainforests, open watercourses, swamp forests, forest-savanna mosaics, and wetlands among others.

This site is endowed with numerous species of wildlife including primates such as Chimpanzees, Bonobos, Black mangabeys, Angolan colobus, Black and white colobus monkeys, DeBrazza’s monkeys, Allen’s swamp monkeys, and the red-tailed monkeys among others. Other mammals such as Hippos, forest buffaloes, forest elephants, leopards, and bushbucks in addition to reptiles especially three species of crocodiles and several fish species.

However, there are several challenges affecting the area including poaching of wildlife species especially elephants and buffaloes, and encroachment much as the WWF is doing its best to conserve the area. This Non-Government Organization helps in offering local people more control over their natural resources by participating in the different processes of decentralization as well as natural resource management, conservation of the forest and wetlands of the Lac Tumba in addition to their biodiversity through Integrated Management of the land and natural resources. The WWF also greatly contributes to the socio-economic development of local people through developing alternatives to unsustainable exploitation of natural resources.

In conclusion, much as it is one of the remotest and neglected areas in the Democratic Republic of Congo, it is endowed with numerous wildlife species that include leopards Black mangabeys, forest elephants, Angolan colobus, red-tailed monkeys, Black and white colobus monkeys, DeBrazza’s monkeys, forest buffaloes, Allen’s swamp monkeys, Hippos and bushbucks among others.