Uganda with its overrunning taxi and cab culture still requests some good time to adjust to the concept of self-drive auto rental. In any case, once you have found the joy and advantages of self-drive car hire, you will not go back and sit in the passenger seat of a taxicab.

There are many reasons that prove that hiring a car for self-drive is much better than taxicabs, and the main ones are the following below

Safety: This is another problem for hiring a Taxicab whereby drivers in Uganda are the least paid and overworked. So you should also be sure that most of the time, your driver is tired, exhausted, and absolutely not on top of his senses. Aside from that, it’s almost a routine for us to advise a cab driver not to rash, which is just the main factor to prove how much secure you can be when you’re just in control of your own self-drive rental.

Privacy: Late in the evening and weekends are the only times that we have to spend with our loved ones like family and friends. But just imagine the irritation your going back home at night after an outing, but you with an unknown driver snoop over all your conversations, laugh at your jokes and smirk at your dilemmas. This is gets even worse when you hire a taxicab for a trip up country for some days. And if you’re travelling as lovers, you will have to forget about your romance because you can’t do everything in a presence of someone moreover a stranger.

But when you hire a self drive car, everything will be at your control and travelling outside the city will be more fun and interesting since you will be one behind the wheel stop anywhere you want and do anything in your car because you will be travelling like in a private vehicle. 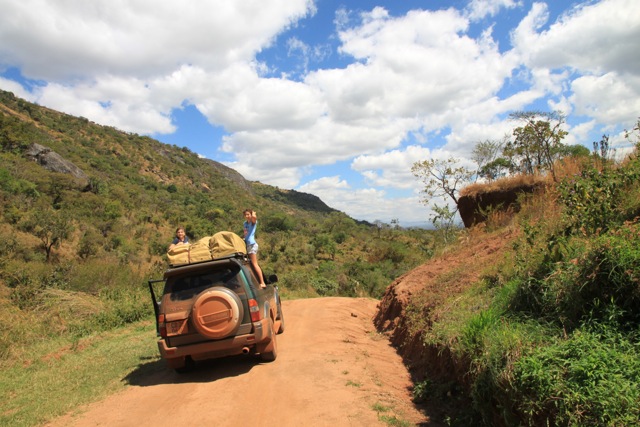 Flexibility: Hiring a car for self drive takes out irritation and fuss of an excursion by giving you the chance to be your own boss. You can leave home later than you planned because there will be no one waiting for you, leave any destination early and even stop any where you want like to take photos, bush toilet or any other activity you would like to do on the way without to first ask for a driver to stop. Still when you hire a self drive car, there is totally no need to rush since you don’t need to manage a running meter and a driver who wants to be somewhere else after taking you where you want.

For example the nearest national park in Uganda is Lake Mburo National Park is found at around 227km from Kampala, and if your to make a trip there using a taxicab they can charge you 2000/= per kilometer which is around 454000 which is around USD128 only going, yet if you hire a self drive vehicle from Rental Cars Uganda Ltd you can get a 4×4 Land Cruiser Prado at around USD80 per day with unlimited millage the thing which will even give you a chance to explore other destinations at the same cost.

So the time has come to dump the taxicab and go for a self drive car hire, Look over Rental Cars Uganda’s range spanning hatchbacks to sedans and luxury vehicles to SUVs, and you will never be calling for a taxicab again.