The eastern banks of Lake Mburo are rich in wildlife and can be explored during the amazing 2 hours boat cruise. Watch out for crocodiles, hippos and buffaloes and additionally beautiful Kingfishers, superb Fish Eagles, Hammerkops and their huge nests, and even the prehistoric-looking Shoebill. Boat cruises depart from Rwonyo jetty every two hours beginning at 8 am.

It’s a nippy Sunday Morning and I arrived in Lake Mburo National Park, fishermen were busy doing their work on the lake as we additionally set off. Being a large group, we were part into two groups.

The water in Lake Mburo appears green in color and according to our guide, Mr. Jackson, the color of the water changes according to the time of the day and sky color. 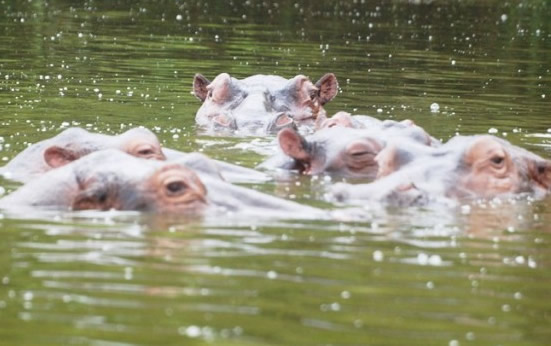 As we were sailing on the water we saw a lot of hippos but Mr. Jackson told us that they can’t leave the water at this time. They should wait for the sun to shine so that they can come out for sunbathing.

Towards the Eastern shore, we can see the African African Fish Eagle, Wattled Lapwing, Saddle Billed stock, and the Abyssinian ground hornbill.

“You are fortunate to see that (Abyssinian ground hornbill) since it’s not extremely common. Here, the most widely recognized bird is the Fish Eagle since it’s huge and its amazing colors,” Jackson said.

As we travel west, we can see the shoebill, blue-breasted kingfisher, and the black-bellied bustard.

Jackson also added that the park always has a variety of bird species between the months of November and April since these are the months when we even receive the migratory birds.

“We can’t see crocodiles since it’s too early and extremely chilly,” Mr. Jackson told us.